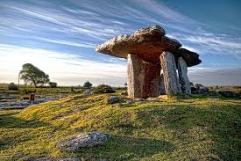 With Stephen Hawking’s passing, I was reminded of his Genius series on a PBS station regarding the possibilities of time travel. Three people were shown numbers that constituted an invitation to a party. The numbers represented the intersection of 46th Street and 11th Street, and a 15-story building. But when the people arrived, the party had long been over; they walked dejectedly among the half-inflated balloons, empty cups, and food remains. Hawking had given them the where of the party, but had neglected to give them the when. As writers, we need to find that deeper connection between time, circumstance and setting.

In Mary Buckham’s book, “A Writer’s Guide to Active Setting,” she explains how setting can add depth to your character, as illustrated in Harper Lee’s “To Kill A Mockingbird”:

“Maycomb was a tired old town, even in 1932 when I first knew it. Somehow, it was hotter then. Men’s stiff collars wilted by nine in the morning. Ladies bathed before noon and after their three o’clock naps. And by nightfall were like soft teacakes with frosting from sweating and sweet talcum. The day was twenty-four hours long, but it seemed longer. There’s no hurry, for there’s nowhere to go and nothing to buy…and no money to buy it with.”

Like millions of other readers, Harper Lee’s use of time and circumstance immediately drew me into her story. She didn’t just tell me the where (Deep South) and the when (1932), but she used ordinary details to show how people reacted to their circumstances at a specific time in history. This is the deeper connection that makes your writing real. She wove the setting in such a way that it brought depth to her characters, revealed a different place and time.

How relevant is time to circumstance, and how do they relate to setting? Buckham demonstrated this with the following examples:

“The day I left Paris, I knew I would be returning as soon as possible.”

“Paris had dressed in her best to see us off. A warm spring sun peeked through the pearl-grey skirts of early morning fog. And a light breeze stirred the new leaves on the Champs-Elysees as if waving farewell.”  −Deanna Raybourn’s A Spear of Summer Grass

We all look at things differently. How we filter what we see depends on who we are and where we come from—our character—and how that character reacts over time can change from child to adult to a senior citizen. The longer we survive, the more “back-in-the-days” we accumulate. Indeed, time can refer to the time of day, year, month, or century as easily as it can a person’s time in life. Hawking seemed to understand this elusive nature of time, and how we can’t move back in time without meeting ourselves. Perhaps Thomas Wolfe was right when he said, “You Can’t Go Home Again.”

According to Buckham, setting also uses time to create conflict (future) or show backstory (past), hopefully without making it an “info dump” that pulls the reader out of the story. Setting can evoke positive as well as negative reactions, depending on time and circumstance. Buckham reminds us that a backstory matters only if it is relevant to current choices, decisions, or events in your story.  She gives an example of using setting and circumstance to trigger a memory that serves to contrast what the character is seeing and thinking—a memory that causes the reader to care—incorporating sensory details as well:

“A watery sun was shining on it [the house]. There was a faint breeze and the smell of woodsmoke in the air and a kind of intense cold-afternoon quiet all around us. It was the kind of place you would have wanted your grandparents to live…it reminded me of the places in the picture books they gave me in Manila and Guam.”

This is a vast improvement over:

“I had been a child who had grown up on military bases around the world, who had never had what I saw as a traditional American home.”

The first paragraph is more powerful because we’re placed in the moment instead of being told about it. We’re breathing in the woodsmoke. We’re feeling the quiet. And we all have images of what grandma’s house should look like, smell like, feel like. Don’t just say it was another place and time—prove it.

In Agatha Christie’s Sleeping Murder, the opening sentence not only sets the stage as to where (England) and who (Gwenda), but opens the door to the mystery, all using setting:

Gwenda Reed stood, shivering a little, on the quayside.

The docks and the custom sheds and all of England that she could see, were gently waving up and down.

And it was in that moment that she made her decision—the decision that was to lead to such very momentous events.

She wouldn’t go by the boat train to London as she had planned.”

Gwenda’s decision leads to a road trip. On the spur of the moment, she buys a house she passes while driving down a country lane. She doesn’t know why, or why she thinks a door should be where it isn’t, or why she begins having flashbacks of a murder that occurred there. By page four, and all through the story, the house is an active participant, vital to the plot.

When is setting too much setting? When it takes away from the story. Take your character into the setting and use that setting to take the reader deeper into the character. When has the setting become part of the plot? Hunger Games. Avatar. Star Wars.

You can use time, circumstance, and setting to:

In Frank Herbert’s Dune series, the story is so woven into the setting (Arrakis) that the two are inseparable. The culture itself has been fashioned by the circumstance and the setting. While stories set in the future demand an active imagination as well as an active setting, novels set in the past will require research if they are to appear genuine through a sprinkling of authenticity— no info dumps. Think of Han Solo in Star Wars and his admonition to fly casual.

If your story moves the reader through the 18th, 19th, or  20th centuries, you need your facts at hand. When your main character walks into the speakeasy to seduce the detective, what song is playing in the background? Are they called a detective or a copper? Does the language match the setting? When your heroine bends down to pick up the murder weapon, is the movement made difficult by the corset she’s wearing, or her Michael Kors high heels she bought in New York? Will the couple get into a carriage, a hansom, or a pickup truck? Did his Balmoras leave muddy shoeprints on the parlor rug?  If your story takes place in the desert, the mountains, the Lake District, or Alaska, how does that setting affect your characters and/or the plot? An excellent example is Deanna Raybourn, who uses time, place, and circumstance seamlessly in Silent In the Sanctuary, the second book in her Lady Julia Grey Mystery series:

“The long windows of the drawing room overlooked Lake Como, although the heavy velvet draperies had long since been drawn against the gathering dark.”

In one sentence, Raybourn weaves time and setting together. Her mention of Lake Como places the story in Italy, while “drawing room” and “heavy velvet draperies” put the story in the late 1800’s. She uses “against the gathering dark” as possible foreboding to set the mood of the scene. Nora Roberts calls her writing “compelling” and lauds her “richly detailed world.” Your writing can be just as compelling. Both setting, and circumstance dictate what your characters say, what they wear, what they do, how they comport themselves, where and how they travel, and what is or is not permitted in the world around them. Allow your setting to be an active, integral part of your story. Let your characters not only dictate the circumstances, but also react to them.

And don’t forget that elusive dimension of time, so nobody misses the party.

Thanks for walking through the corridor with me.